We are a governmental organization that works with grassroots and international organizations to create a more equitable world for women by taking a holistic approach to economic and social growth that empowers women.

At NAMA, we are determined to mobilize the means required to create enabling environments to advance gender equity and inclusive economic and social growth. NAMA’s efforts stem from its core philosophy that women advancement is a fundamental requirement for the sustainable development of nations.

Through its affiliates; Sharjah Business Women Council and Irthi Contemporary Crafts Council, we design and implement initiatives that support women across the economic, professional and social sectors.

We also engages with grass-roots and international organizations as part of its comprehensive approach towards developing an ecosystem in which women’s full potential is realized.

An Equitable World for Women.

Provide an enabling environment for women to access knowledge, services, support systems and resources, through a development network that advances them to reach their highest potential. 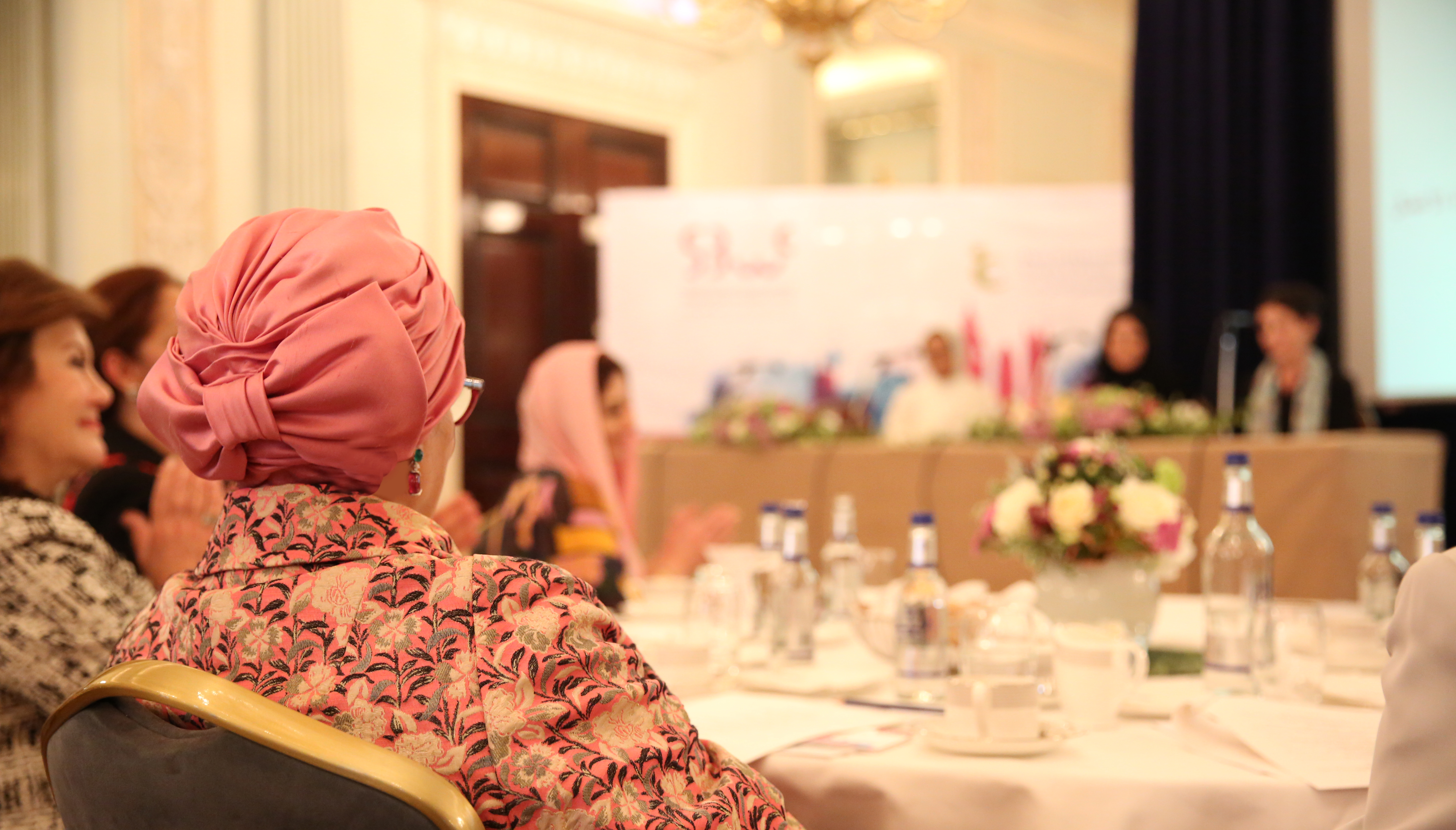 A big heart by birth, humanitarian by nature and social activist by choice, HH Sheikha Jawaher bint Mohammed bin Sultan Al Qasimi, Wife of His Highness the Ruler of Sharjah, is one of the most respected and inspirational visionaries in the Arab world. She has helped to empower women, girls, youth, families, refugees, patients, entrepreneurs and entire communities in the UAE, the Middle East, and beyond. Her numerous initiatives have touched millions of lives affected by war, poverty, cancer, disabilities, abuse and much more. As Her Highness focuses on various aspects of life in the community, she develops numerous causes including social, cultural, philanthropic, and sporting causes.

Her Highness has always felt that success is measured by the trust and respect she earns from her people. Her greatest joy is serving her society and she constantly strives to lead by the example she sets. Her Highness views failure as an opportunity to work harder and sees it as a chance to give even more of her energy and dedication to achieve success. Her Highness Sheikha Jawaher bint Mohammed Bin Sultan Al Qasimi, Wife of His Highness the Ruler of Sharjah, is Chairperson of the Supreme Council for Family Affairs in the United Arab Emirates; and a prominent humanitarian and philanthropist whose many roles include the United Nations High Commissioner for Refugees (UNHCR) Eminent Advocate for Refugee Children. She is also a leading advocate of numerous social causes such as cancer awareness, education, entrepreneurship, children's and women's empowerment and cultural heritage among others.

Her Highness Sheikha Jawaher bint Mohammed Al Qasimi, was conferred an honorary PhD by the Board of Trustees of the University of Sharjah in recognition of her humanitarian and social achievements locally, regionally and internationally, and its pioneering and qualitative initiatives, including its establishment of the Sharjah Women's Club and the Supreme Council for Family Affairs that serve the social sector in the Emirate of Sharjah.

An honorary certificate of Official Recognition of Dan Grade from the President of the Emirati and The Asian Federations, and Vice President of the International Karate Federation, in appreciation of Her Highness’s efforts and interest in serving the future of women’s sport in Sharjah and the United Arab Emirates.

Her most prominent awards and recognitions include: